Our company is based in the capital of Estonia, Tallinn.
Introducing our talented sound designers and musicians: 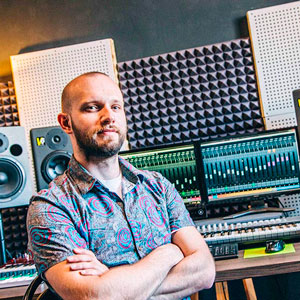 Nick is a head of a well-known Chronos group – one of the world’s leading Ambient musical project. Since Nick’s first serious release in 2004 with Chronos project he composed 15 albums & more than 100 releases in whole as well as sound libraries for NI Kontakt, Educational Courses & Soundsets for many synths: Sylenth1, Massive, Korg Polysix, Yamaha AN-1X, Spire, Access Virus, Animoog, Roland System-1. In 2010 Korg supported the official bank for Micro-X model on their German website – it was a great inspiration for Nick to move on.

His story began with the inspiration provided by his older brother that was involved in electronic music since 90’s as a part of musical band “Virtual Mode” focused on breakbeat & jungle music with a gentle touch of intelligence & atmosphere. Nick started to create music in 1997 using old tracker systems like Mod Plug and Impulse tracker. In comparison with today’s DAW sequencers they were low-functional: no midi, no VST – only samples. But it was really fun to start. In 2004 Nick found Cubase as a very powerful and inspiring DAW. 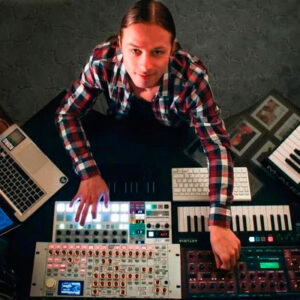 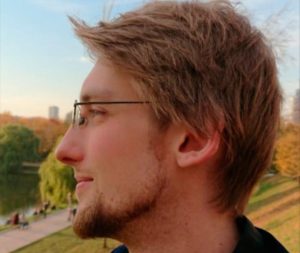 His career as a sound designer started in 2011 with the official soundbank for the leading Virus TI synthesizer.

Also, he is traveling around the globe making field recordings in such places as the islands of Indonesia, mountains and temples of China, sacred places of Israel, all around Europe, and many other countries.

As a composer, he released his first album «Entering Ephi’s Dimension» in 2013 and revealed a new perspective on Ambient music reflected in a multifaceted sound and subtle approach to the sound design, with an influence of neo-classical sound and experimental maneuvers. 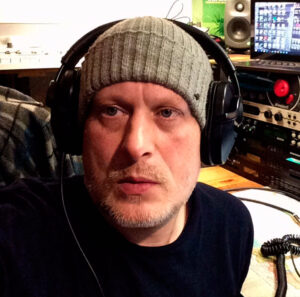 Alexander Kav (Nucleus project) musician, sound designer, experimenter. Since the beginning of the 90s, under the influence of the Berlin School, one of the leading field of progressive electronic music and such musician projects as Kraftwerk, Klaus Schulze, Tangerine Dream, Michael Hoenig, etc., he began to experiment, with synthesizers, methods of sound production and sampling in an attempt to create his own “intricate, moving, intelligent, haunting electronic soundscapes of space, dark ambient, post-industrial, monotony and surrealism” sounds.

Collaborated with musicians and projects such as Fizarum, New Composers, Cyberworm, Radius and others. He played in the Kvaizar group on club grounds, performed in the legendary Gallery, participated in various exhibitions and events. It was published as part of the music collections of Electrobyt and the supplement to Keyboard magazine. 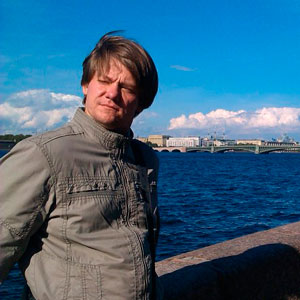 Andrew ALONE – composer, sound producer and sound engineer. Andrew has been producing music since 1999 and has vast experience in various styles – from piano and symphonic instrumental music to dark ambient, drone, and experimental music.

Founder of Unusual Sound Studio and leader of synth-wave band Starship Resolute and musical project ALONE. Andrew produces and writes music for his own musical projects, and works with a large number of solo performers and music bands, including Argishty, EugeneKha, Patrick REMY (YMERICK), Vincent, Iodara, Valtzing Dogs, Dreamflyers, and many others.

Write to us by email 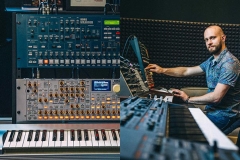 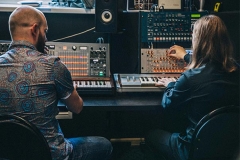 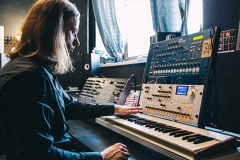 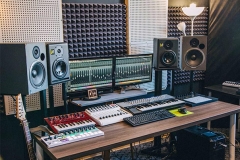 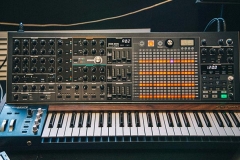 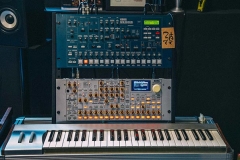 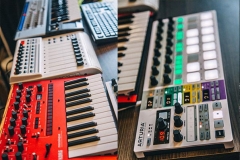 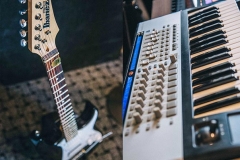 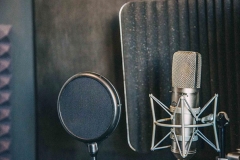 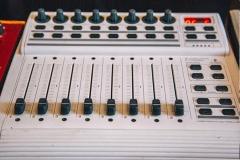 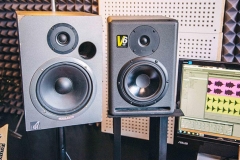 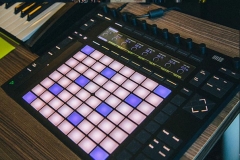