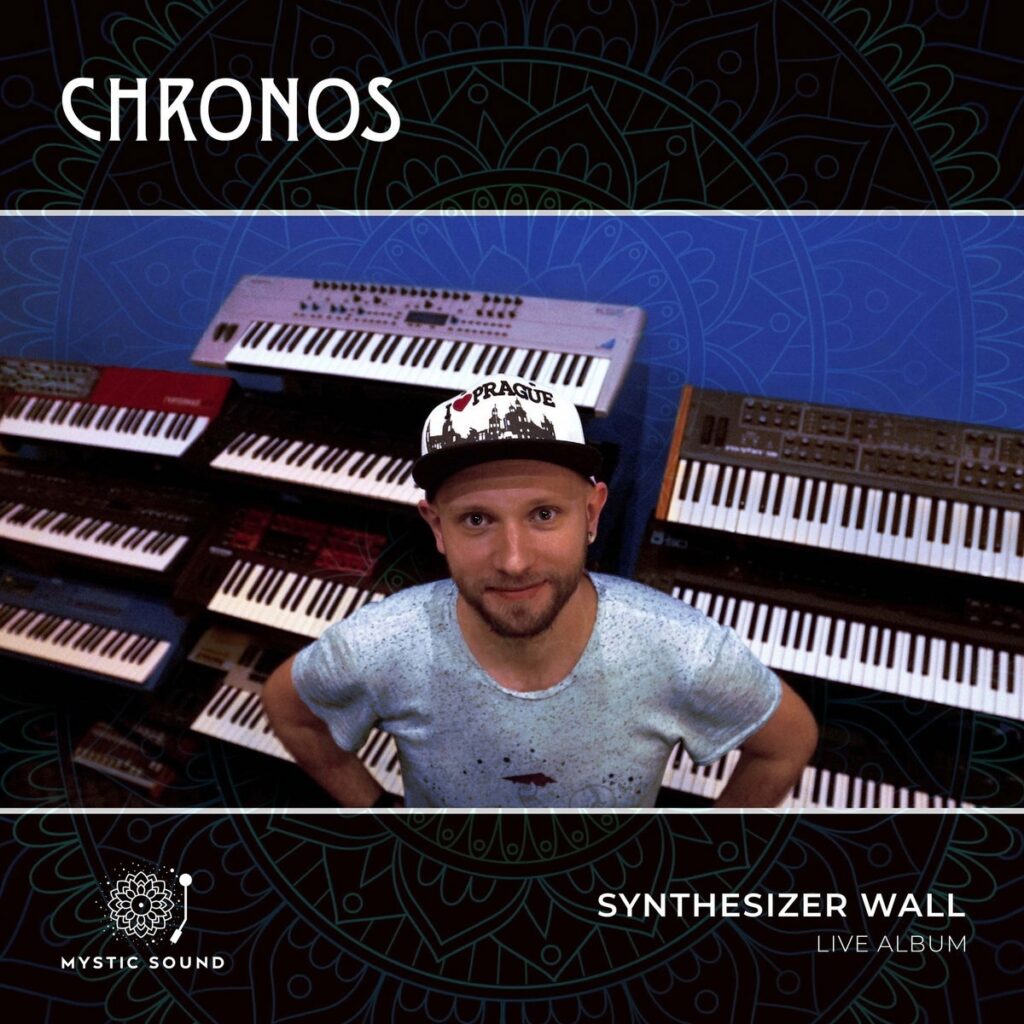 No no no, it’s not another psychill or ambient album from Chronos! This journey is rather more cinematic and minimalistic than all previous Chronos releases.

Everything was played and recorded live in one take! Nick Klimenko has spent hours in a studio, practicing live playing, sequencing patterns and harmonies, making rhythms and atmos for every single piece in this release. Then he hit the “record” button and played every song at one time.

The sound is rough and almost unprocessed, to keep the original spirit of analog & digital instruments. All the glitches and notes reveal a natural flow of live playing. Many of the timbres were made for this album especially – you will not hear them elsewhere.

The way of composition and execution lead to the 1970s when Klaus Schulze and Tangerine Dream played their concerts without any computer or musical software.

So let’s start immersion into the atmosphere of the wall full of synthesizers.