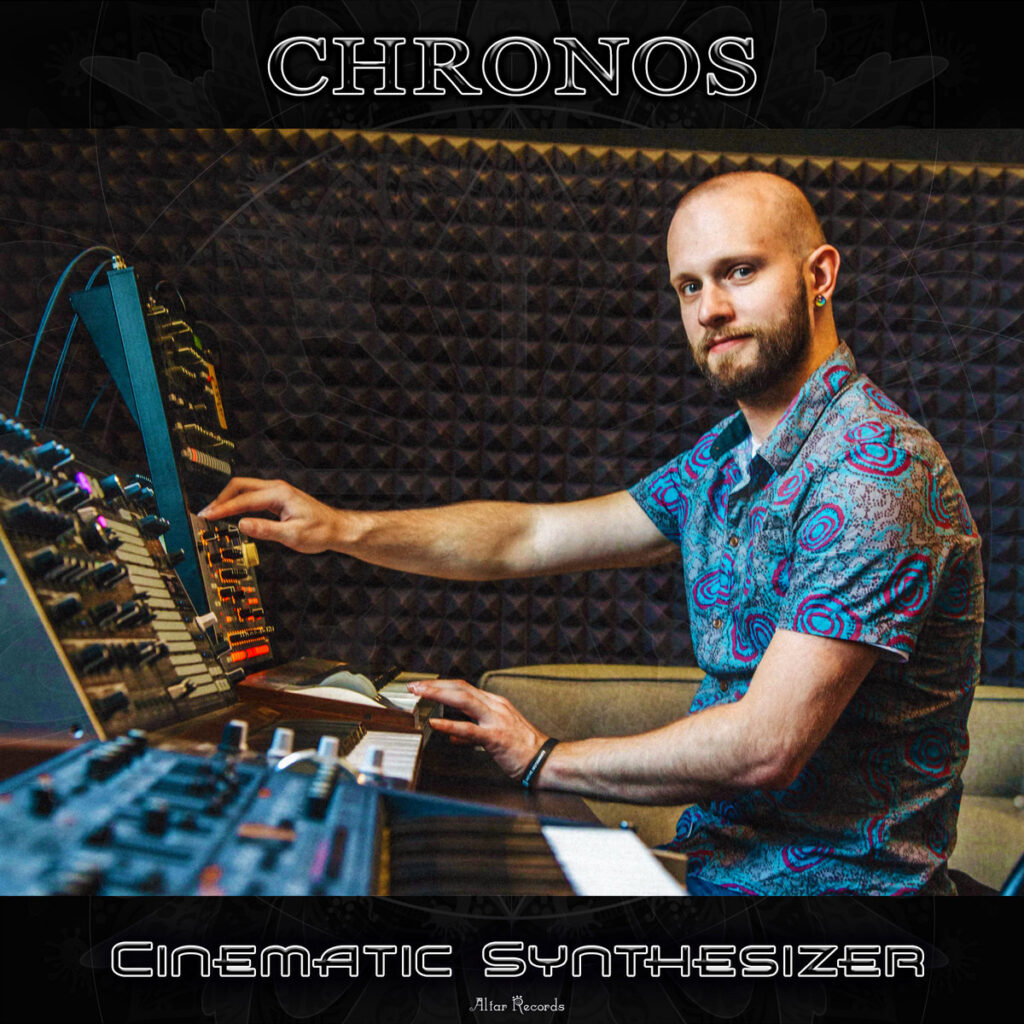 Chronos, one of the pillar artists of Altar Records is back with a new brand album recorded live on vintage synthesizers.

Synthesizers have been a big part of film music for the past 50 years.

Nick Klimenko aka Chronos is back with a second live-played album exploring all the depths of hardware analog and digital synthesizers.

The synth patches were made especially for this album.

Iconic and new ones, rich analog & complex digital sounds are taken from:

Everything was played and recorded live in one take!

Nick has spent hours in his studio, practicing live playing, sequencing patterns and harmonies, making atmospheric pads for every single piece in this release.

Then he hit the “record” button and played every song at one time.