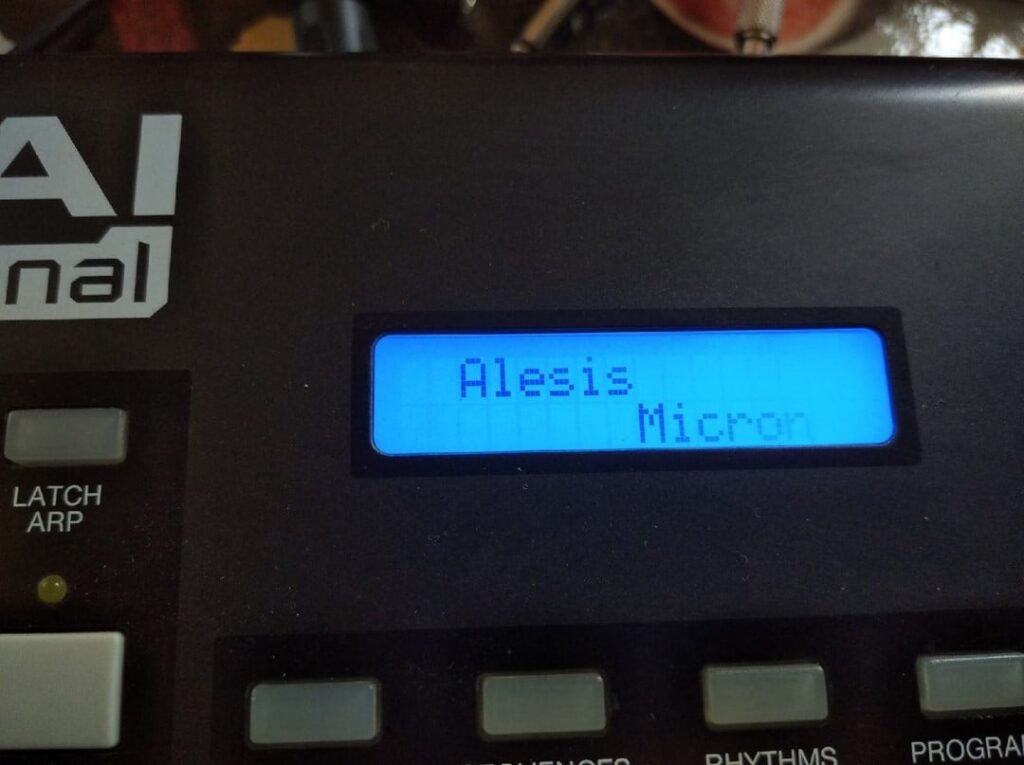 One day, a friend of mine turned to me and told me about his micron, which he could not repair anywhere. At that time, he was temporarily living in another city and I did not have the opportunity to examine the patient live. The symptoms were as follows – when the power was turned on, the backlight of all the keys lit up, and the screen gave out only black squares, the alleged reason was an internal flash memory chip. The main problem was that this chip was stitched with a special binary file, you couldn’t just download the update from the site and re-flash it via midi. There was no such file on the web at that time, Alesis removed this product from the legacy section altogether, the only hope was the engineer of this synthesizer miracle – Bret Victor (worrydream.com). 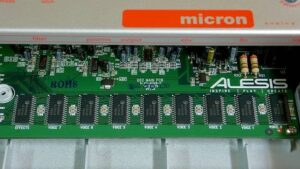 By some miracle, my friend managed to contact him, but Bret replied that he could not help, all the files remained in Alesis and were most likely just stupidly lost.

Some time passed, my friend returned to the city and again asked me to inspect his synthesizer, we were very lucky then, there was exactly the same micron on my desk, and we could take a dump of the firmware of this chip. Armed with a programmer and a microscope, I unsealed the flash chip and removed the firmware, the preliminary diagnosis was correct – it really was damage to the chip, it started when I installed a new chip stitched with a binary file from my micron. 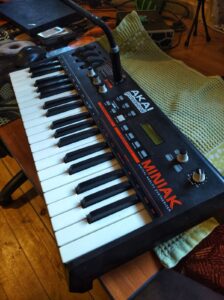 The story does not end there, once surfing the public Alesis Ion/Micron and Akai Miniak Owners Forum I came across messages from a subscriber, he asked for help with the repair of the Miniak. He poured firmware from micron into it and additionally sent many presets from the computer (via midi). As a result, his synthesizer froze, it turned on, but only Alesis Micron appeared on the screen. I didn’t fully understand how the boot architecture works, but I think the welcome message could be contained on some eprom chip that gave the command to launch the firmware from the flashmicrocircuit. But the chip did not load due to the large amount of recorded information, I think this is an unforeseen engineering flaw, because this case, as it turned out, was not at all unique. I wrote to him that it was very similar to the problem with the flash chip and agreed to help with the repair. Everything worked out for us, absolutely the same procedure using a dump from the second synthesizer.

I will not say that it was very easy, these chips are very capricious, they are smd and flash in a 48-TSOP case. When they are new, it’s good, but in both cases I had to read the firmware not from a new chip, there are a lot of failures, my programmer did not indicate that during the firmware session there is a non-contact of the legs and the programmer pad, so be patient and try again (if you fail the first time)

I am not sure that these chips are interchangeable, since the micron would have been released earlier and has an 8-bit word structure, Akai Miniak uses a 16-bit chip.

An article by Andrey Fox from Saint Petersburg.